TRIBUTE TO LEN A HYNDS

Len Hynds slipped away from us on 23rd August 2017 at the William Harvey Hospital in Ashford, Kent, United Kingdom. He had been admitted a month earlier and had undergone an emergency operation. Until the day he died his indomitable creativity, humour and spirit never left him 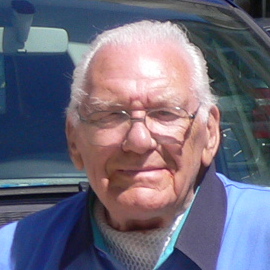 Growing up through the ravages of the Second World War, Len was bombed out of several of the places he lived in his childhood. At 17 he was posted to Egypt in the Royal Military Police and for 3 years was parted from his true love, Tilly who proved to be his life long soul mate. From 'child of the blitz' to policemen, to poet, Len's life has been inspirational. His love of family, his loyalty as a friend and his dedication, passion and craft as a storyteller and poet, has touched the hearts of many. We have received kind words of condolence and tributes from all over the world. He will leave a huge gap in our lives but his words will live on.

Len was a widower for the last 6 years of his life. His children, grandchildren and great grandchildren are so very proud of him; he enriched all of our lives

Len's family will continue to maintain this website so that you can access and enjoy his work for years to come. It is what Len would have wanted.

Prepared on behalf of the family by Len's son, Len Hynds (jnr)

In loving memory of Len Hynds

The passing of a truly inspirational man