They called me the silent Black Panther,
the lads on my relief.
To walk alone those gas-lit streets,
my prey the night time thief. 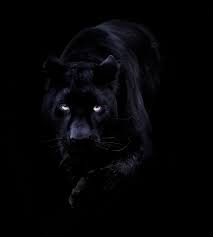 Many PCs would walk together
chatting and oblivious to all.
A boon to burglars wanting to act
in hiding and waiting to fool.


My ears attuned to the slightest sound,
moving slowly in the shadows and dark,
freezing into silent stillness,
sensing prey, in alleys so stark.


There is no doubt, that fear can be smelt,
often leading to a hiding burglar,
their body odour can almost be felt,
as their body control they wish further.


Sound too is an important thing,
and at a tobacco kiosk breaking,
the look-out he, had seen me coming,
and a work-mans hut, became hiding.


I noticed the kiosk padlock changed,
and guessing the thieves would return,
I also hid inside that hut,
and so their fate arranged.


It was their heartbeats in the silence there,
that sounded so loud in my ears,
suddenly spinning round and in torchlight glare,
their white faces and abject fears.


How many times had I leapt from the dark,
the retribution being so close,
after creeping silent, to make my mark,
in my claws, their pounding hearts froze.