This is a poem of a true incident when I was eight years old.

We were living in a large gloomy gas-lit house in a Dickensian street in old London Town. Even Mother Nature was helping with a heavy snowfall, and Jack Frost had been sketching the most elaborate ice patterns on every window pane. My brothers, sister and I were getting so excited at the rapid approach of Christmas, but all that was shattered on the very morning of Christmas Eve, when we were told that of the two very old lady sisters, who lived alone in that rambling gaunt house next door, one had died during the night. We saw the doctor arrive, and then the undertakers, carrying in a wooden coffin, and it was in the afternoon, that mum called us together and said that the surviving sister who was also in her nineties, was scared at being alone in the house with the coffin, as the burial couldnt take place until after Christmas. Mum had promised that one of us would sleep with the old lady at night to keep her company. In fear and trepidation we awaited mums decision, and you've guessed it, it was me!

I went there Christmas Eve evening, and sat with the old lady, and then we went to bed together in that four poster by candle-light, and I was lying in the very spot where the other one had died, the night before!

Many years later when writing my memoirs, I recalled the incident, and wrote this poem.

THE TERROR OF A CHILD

The mournful bell, in the old church tower
clamoured to quell, in this midnight hour,
the beat of my heart, in this dreadful dream,
of which I am part, my senses scream.


Clothe up to nose. Oh, so cold!
The spot where she froze, in death I was told.
Will she return, from that coffin next door?
Only to learn, that I'm here to be sure.


Is that the handle, slowly turning?
Skeleton with candle, slowly burning.
Hooded face pointing, peering at me.
Ghostly face leering, what horrors I see.


My heads under sheet, I tremble with fear.
I draw up my feet, straining to hear.
Eyes dreading to meet, that spectre so near.


It's touching the bed, feeling the post.
Eye sockets dull red, of that fearful ghost.
It's making a sound, sounds like whispers to me,
to the devils hound, that I cannot see.


"He's asleep at last, "I hear it say,
as the 'thing' goes past, slowly on its way.
I peer out after, the distant form,
hear chuckled laughter, so subtly warm. 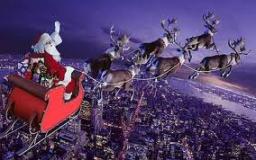